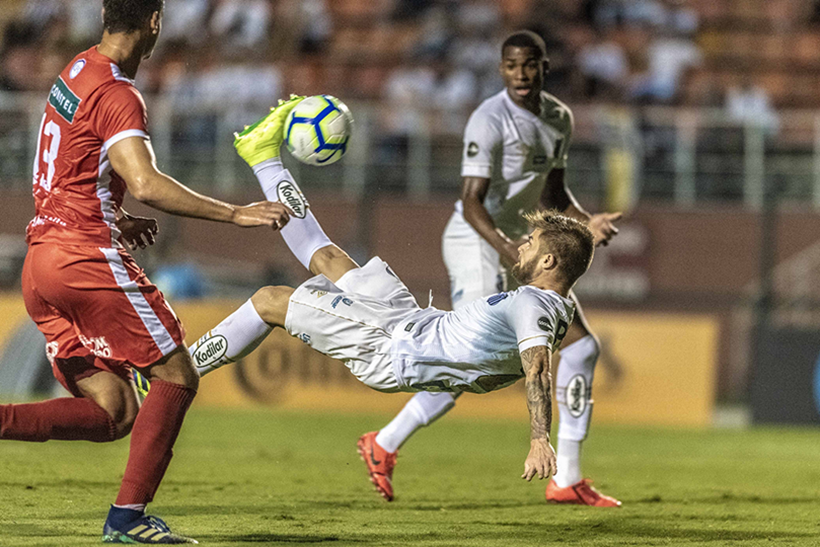 Santos and Botafogo encounter each other in the Brazilian Championship A Series on 17.01.2021. At 20:00, the referee will start the game. The current 8th place side therefore challenges the 19th placed team. In their last games between the sides, Santos managed to win five games, and three games ended in a tie. Botafogo won one match.

Santos Futebol Clube recently won a game 0:1 against Sao Paulo. In the recent 6 months, the home team was able to win 11 out of 28 matches. The team has had six victories, six draws and two defeats at their home stadium. Santos has managed to win 6 out of 14 home games (42.86%) in the current season (2020) so far. Six matches ended in a draw and two games were lost at home. In total, Santos has eleven wins, nine draws und eight losses after 28 season games.

More goals are scored by Cuca’s team before the break. Santos’ current record shows an average of 3,07 goals per match at home, of which 1,86 are their own goals and 1,21 are goals scored against them. Previous season, Santos Futebol Clube scored an average of 2,32 goals per home match and conceded 0,79 goals. Home games usually ended 2:0, 4:1 or 1:1 in the previous season. The most common final score in their own stadium last season was 1:1, 2:2 or 3:1.

Their last match, Botafogo had lost 3:0 against Vasco da Gama. This season, the team has been able to win 2 out of 14 matches in away stadiums (14.29%). In the past 6 months, Botafogo has won four games, eleven matches ended in a draw and eleven games were lost. In games in away stadium two wins were achieved. Six matches were lost while six games ended without a winning team.

There have been 0,93 away goals scored by Eduardo De Souza Barroca’s team on average this season. Most of these coming in the second half of the game. Overall, Botafogo scored an average of 2,57 goals per away match. Last season, Botafogo finished with an average of 0,63 goals for and 1,47 against in their away games. As the away team last season, the side’s game most often ended 0:2, 0:1 or 1:0. Botafogo’s most often played away 1:1, 2:1 or 1:2 in the current season.

Betting tips on Santos vs Botafogo

After this match, Fortaleza CE, Club Atletico Mineiro and Goias Esporte Club are up next for Santos. The away team, on the other hand, will have to deal with Atletico Goianiense, Fluminense Rio De Janeiro and SE Palmeiras Sao Paolo.